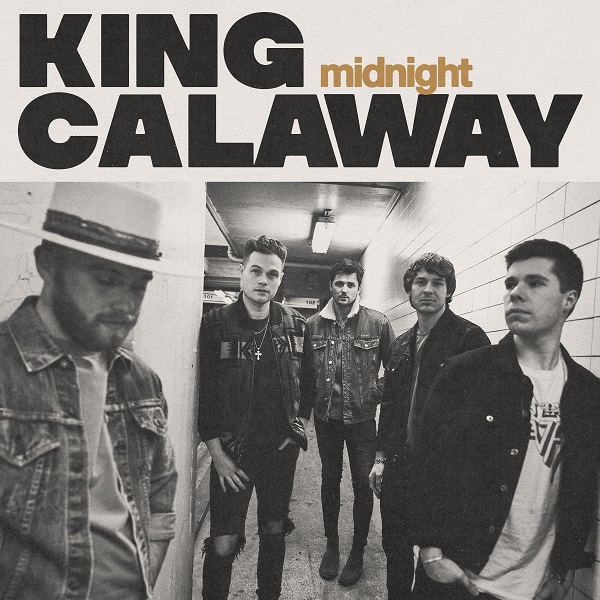 Today, one of country’s hottest rising acts King Calaway releases their brand-new EP Midnight via Stoney Creek Records – available everywhere NOW. The 4-track EP is a collection of smooth modern country hits made with expert vocals, stacked harmonies, and soul-oriented production. The EP also includes a feature from fellow up-and-coming artist Lainey Wilson on the lively song “Good Time To Me.” Midnight comes alongside a visualizer for the opening track “Homegrown” – watch HERE. The feel-good anthem sets the tone for the EP, as the band returns to their country roots while showcasing the evolution of their sound.

The band expressed their excitement stating, “We’ve been hard at work writing and recording what we feel defines a new journey for us. We simply could not be more thrilled to arrive at this moment and share the first glimpse!”

In celebration of the release, King Calaway debuted their new music with a live concert event at the Brooklyn Bowl Nashville in Nashville, TN last night, Thursday, August 26. The show featured a slew of memorable performances from Midnight as well as older fan favorites. For those who couldn’t attend in person, the event was also livestreamed on the CTRL_MUSIC_ channel, airing exclusively on Twitch as part of the Country Now Live concert series.